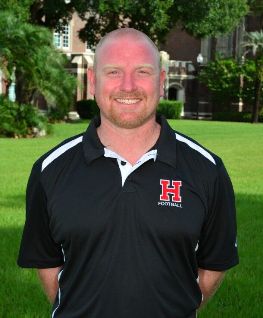 Because of his many accomplishments on and off the field, he earned a scholarship to Southern Illinois University and later graduated from Florida Atlantic in 2005 with a Bachelor of Science degree. He currently serves as the Defensive Coordinator for Hillsborough Football and is the General Manager for two hotels in Tampa Bay. 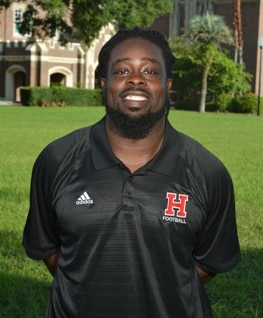 While playing for the Hillsborough Terriers from 1999-2002 Ronnie registered 3,041 career rushing yards with 40 touchdowns. He rushed for more than 900 yards and had 15 touchdowns as a junior. Also as a junior, he had a 28-tackle game vs. Chamberlain High School and he finished that season with 94 tackles, including 13 for losses, picking up first-team All-County honors. He was a highly recruited football player coming out of Hillsborough High School where he was ranked 22nd in the state by the Florida Times-Union and 30th in the state by the Orlando Sentinel during his senior year where he competed as a running back and linebacker. He earned Class 5-A All-State third-team honors on offense, despite playing in just six games due to a torn right patella tendon as a high school senior Despite missing the season opener his senior year of college against Jacksonville and most of the Norfolk State clash due to a fall camp hamstring strain, McCullough led the nation and set the school single-season record with 149 tackles (59 solos) … Led the Wildcats with five sacks for minus 36 yards and led the defense while ranking sixth nationally with 20 stops for losses of 65 yards … Three of his five pressures produced interceptions … Also deflected five passes … Had at least ten tackles in every game he played in, except vs. Norfolk State … Was named MEAC Player of the Week five times, including four-straight games, vs. Hampton, Morgan State, Winston-Salem, North Carolina A&T and Howard … Registered at least 20 tackles in each of the Morgan State, Winston-Salem and Hampton contests. He was named MVP of the Tampa Bay Buccaneers Rookie Mini-Camp. He also played professional football for the Canadian Football League's (CFL) BC Lions. After playing in the CFL he was an intern with the Calgary Stampeders in the Player Personnel Department. Ronnie has been featured in Sports Illustrated and has trained several NFL and collegiate athletes.

Ronnie McCullough is a founding member of G3 Life Applications and has more than twelve years of experience in athletics and training. McCullough has been employed with the Hillsborough County Public School System teaching Adult Ed and under-age GED for the past 5 years. 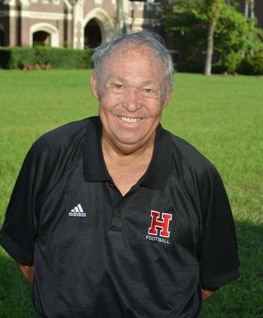 Coach Steve Longfellow is Minnesota native. He played linebacker/running back in high school and later went on to play for Mcallister College. In 1966 he served as a graduate assistant where he first began his role as a linebacker coach at Plant City High School. He coached at Plant City for 20 years before coming to coach with Earl Garcia at Hillsborough High School from 1978 to 1982 and from 2001 to the present. When asked what he likes most about coaching for HHS, he stated 3 things: Great coaching staff, good kids and unmatched tradition. 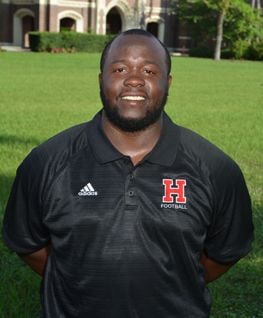 Coach Jimmy Sapp I currently entering his 3rd year as the Defensive Back Coach for HHS Football. States he is only back at HHS to prevent other Terriers from repeating his mistakes and failures as an athlete. He wants the players to see what is possible for their athletic career and to strive to achieve it. 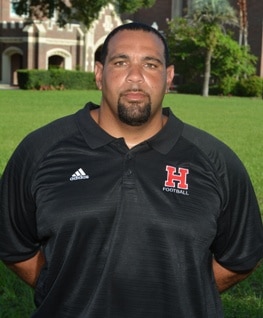