The Kelly Report: HHS vs Armwood 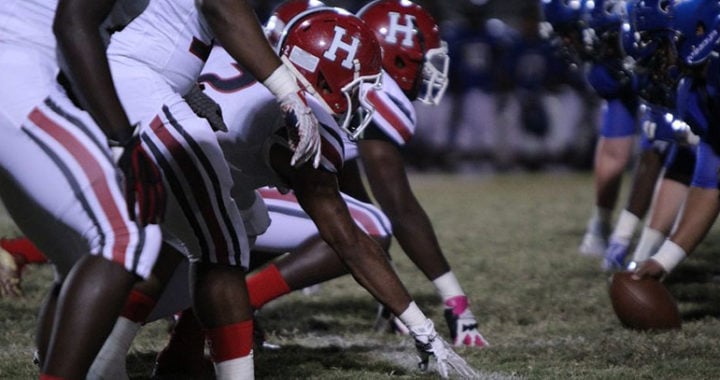 On a night when the weather was picturesque and a throng of people came to support their team, the result was not what the Terrier faithful had envisioned. Hillsborough came into the game with a perfect record both in their district and overall. However, this night would not be the storybook ending that they had hoped for to the regular season. Alas, there was still a sunrise the next morning, and coaches and players alike awoke with renewed passion and vigor, eager to fix the mistakes from the previous night and prepare for an upcoming playoff game with Lake Gibson of Polk County, Florida. Here are the highlights from the previous game and areas in which we can improve in all three aspects of our play.

Special Teams: What had been throughout the season a very consistent area and a source for the team’s success, experienced a “feast or famine” type of night against the Hawks. It seemed as if the unit was on a seesaw the entire game, as the early part of the game saw the Terriers have a punt blocked, which resulted in a 2-point Safety for Armwood, but also having their own spectacular play in which Duran Bell Jr. returned a kickoff for a touchdown (his 2nd KOR for a TD of the season). An area for improvement looking ahead toward the playoff game will be to remain consistent in special teams play, especially when directly following other phases of team play. For example, against Armwood, the Terrier offense had a good drive which resulted in a touchdown, however, any momentum built up by that was deflated when the ensuing kickoff unit allowed the Hawks to return their kick for a touchdown themselves, effectively negating the positive drive that the offense had just produced. If Special Teams can get these things worked out, the team will benefit as a whole and the chances of victory against Lake Gibson will be improved.

Offense: The Big Red offense had 2 touchdown drives this past Friday against Armwood. Both scores came via the pass as Sophomore QB Tyler Thomas found Senior Wide Receiver CJ Williams and Senior Wing Back Caleb Youngblood on precise passes cutting through the heart of the Hawk secondary. Thomas ended the night with nearly 200 yards of passing. An encouraging sign was seen in the 4th quarter of the game. Although it did not result in a score, Hillsborough’s offense had a 20 play drive that ate up a good portion of the clock against a very stout Armwood defense and kept their explosive offense off of the field. Moving forward, the offense will need to find a way to improve their rushing attack. This area was completely stymied against the Hawks. The offense will need to have good long drives as described earlier, but find a way to punch it into the end zone more consistently if they want to have a chance of defeating a solid, and currently undefeated, team in Lake Gibson. 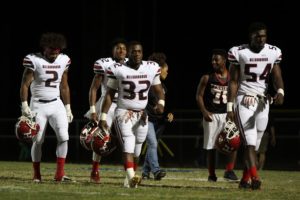 Defense: The dogs on defense came into this game with high expectations and played their hearts out for all 4 quarters of the game and never quit. However, on this night, the multitude of weapons that the Hawks employ on offense were simply too much for the Terrier defense to contain. From the start, the Hawks were able to find success running the ball. When they did force Armwood into passing situations and had good coverage downfield, they were unable to contain the QB and he was able to escape the pocket and gain yardage with his legs. It wasn’t all doom and gloom however. The Terriers were able to force two turnovers. They made some adjustments at halftime and were able to go the entire 2nd half only giving up 3 points. Seniors Zach Carter and Armand Chalk lead the way and will need to have big games if the Terriers hope to secure a first round playoff victory and a rematch with Armwood in the 2nd round of the playoffs.

Playoffs: Well, Hillsborough is back to where it should be, where we expect to be every season, in the FHSAA playoffs. Of course we would like to have been district champions and have home field advantage in the 1st round, but nonetheless, we are still in it and have earned the right to play 48 more minutes of football. We are off this Friday (November 4th), but need you and all the Terrier faithful to come on the road with us as we make the drive over to Lakeland to play Lake Gibson High School. The game starts at 7:30pm on Friday, November 11th. From here on, it is win or go home so we need your support and to help us earn the right to play 48 more minutes of football. Will you be there?