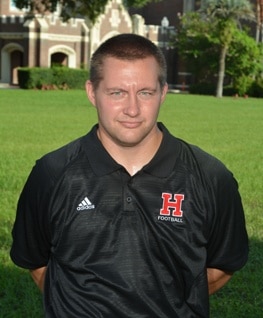 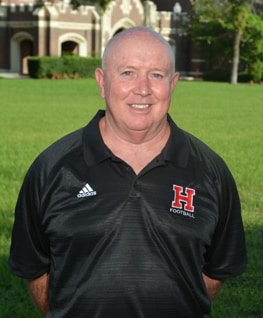 A 1977 graduate of Jefferson high school, Coach Bill Beekley is no stranger to Earl Garcia’s coaching style. He played little league football at the Boys & Girls Club in 1974 where Garcia served as his head coach. He later went on to play under him again on the JV team at Jefferson high school. Several years later he worked alongside Garcia as an assistant coach at Gaiter high school. As an offensive guard, Beekley later went to Missouri Valley College to play football.

Currently Coach Beekley owns his own gym and has been an avid powerlifting competitor since 1984. He transistioned into coaching with the Terriers when fellow weight lifter Coach starts his first season with the HHS Terriers as a Special Teams Coach. 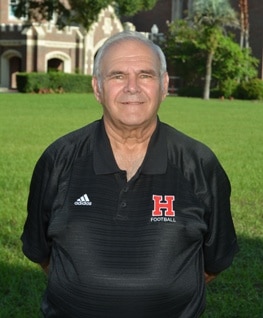 Gordon Graff has served as the HHS Football Equipment Coach since 2002. An avid parent volunteer, Graff began assisting with band duties while his daughter was a dancerette for HHS. His son also played for the varsity football team and Graff later solidified his volunteer role into a permanent position with the team.

A 1971 King high school graduate, Graff went straight from high school to managing an upholstery company for over 20 years. He opened his own business for 4 years before going to work for the Hillsborough County School District.

Graff notes that his dedication to the Terriers was set in stone when his son who has mild autism was welcomed on the team by Coach Earl Garcia and allowed to play. “He treated my son like family and because of that, I told Coach Garcia that I will be here until the day he stops coaching”