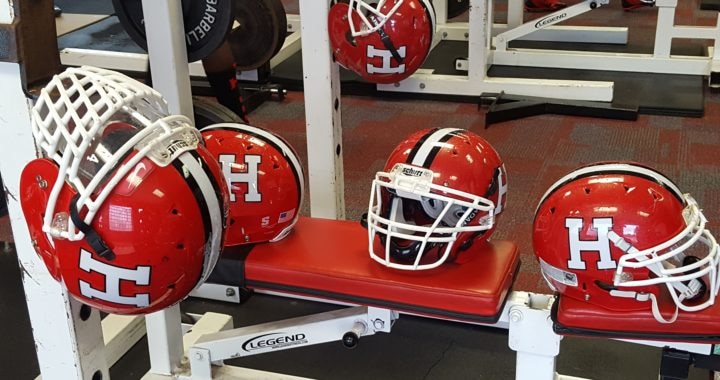 From the coach’s perspective, it seemed like such a short time of preparation from the start of Fall camp until the pre-season classic. No doubt the players must have thought it an eternity, for the Terriers came in hungry to face someone other than their own teammates as they had in practice over the past few weeks. They also wanted to quickly and decisively rid their mouth of the foul taste of a 4-6 season.

This was quickly accomplished as the Terriers came out firing on all cylinders. On the first offensive play, Wide Receiver, Nate Dantley took a short pass from Quarterback, Tyler Thomas, and proceeded to the end zone 76 yards away, breaking a tackle or two on the way.  The offensive production did not stop there as the team racked up over 360 total yards of offense to go along with 5 touchdowns. Drequan McCullough rushed for two scores. First year starter, Sophomore Tyler Thomas, despite his youthfulness, came out very poised and performed well both running the ball and passing it. 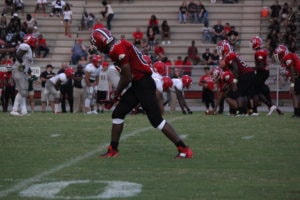 As much as the offensive numbers may make it seem like they were doing most of the heavy lifting for the team, the Defense was ferocious and set the offense up with great field position multiple times limiting a good East Bay team to less than 120 yards of offense.  They created 4 turnovers, of which promising Sophomore, Martarrence (AJ) Holloway, returned an Interception for a touchdown.  That’s back to back games going back to the spring jamboree having a “Pick-6” for AJ.  Some had questioned the defensive line unit going into this season due to lack of depth, but they more than proved up to the task in stopping East Bay’s Wing-T offense.  The D-line accounted for over 7 TFL’s (Tackles For Loss) on the night. Zach Carter and Davion Lewis seemed to be living in the Indians backfield all night.

Special Teams did not take a back seat either. This unit showed exceptional effort on many plays.  They created a big hit and forced fumble by Elijah Hill on a Kickoff which gave the offense a short field which lead to a Duran Bell touchdown reception.

Overall, a great night, as the coaches were able to evaluate every player on film and the players got the opportunity to kick off the season on a high note.

The regular season starts this week. So, come on out and support us as we take on Durant at home this Friday night.  We look forward to seeing all of you!  Go Big Red!