The Kelly Report: HHS vs Blake 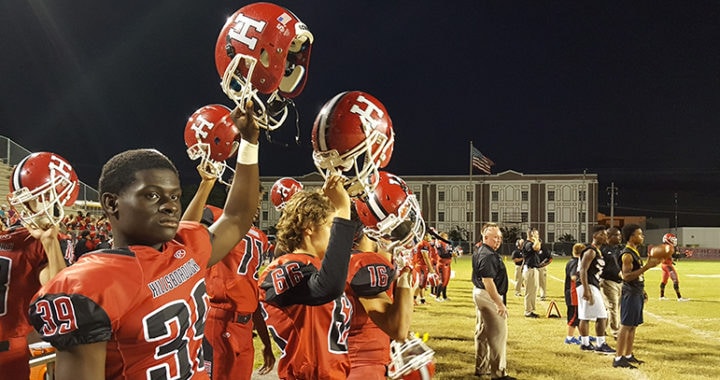 Good teams find a way to win even when things don’t go their way and when they may not be at full strength. The ball is not always going to bounce your way, in life as well as football. You will not get all the calls that you feel you deserve. However, if a team can embrace this philosophy and rally together, picking each other up when one facet of the team falls short, cohesiveness is built and victory can be achieved. This was the case on Friday night as your Terriers won on a night when they honored their seniors, watched 5 new members be inducted into the Hillsborough High School Football Hall of Fame, and celebrated the life of a very special Terrier student, Ashley Perdomo, who was tragically killed this past week after being hit by a car. 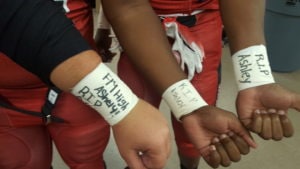 Special teams usually only get noticed when a spectacular play is made and results in a touchdown, long field goal or punt, etc. However, equally important, although not heralded as such, is preventing the opposing team from making these types of plays against your team. All year, the special team units have stopped their competition and not allowed any such plays. A great example of this was on a deep kickoff which landed and bounced to the 5-yard line, when Junior, Elijah Hill, sprinted 50+ yards and made a huge tackle pinning the Blake offense inside their own 10-yard line. The place kicking unit will have to pick it up in the weeks to come as they have now missed an extra point attempt in two straight games.

The Terrier offense was having success moving the ball throughout the game and never punted one time being paced by a 115-yard rushing effort from Senior RB, Duran Bell Jr. a USF commit. However, the offense also had the misfortune of turning the ball over multiple times allowing Blake to stay within striking distance, and never allowing them to fully put the game away until late in the 4th quarter. The play of the game offensively likely came from backup QB Caleb Youngblood, who imitated magician Harry Houdini with his escaping skills, on a play where he was nearly sacked in the backfield only to get away from oncoming defenders and send a last minute pass to a wide open Cori Fant, Sophomore wingback, for a touchdown. Youngblood was filling in for starting QB Tyler Thomas, who was injured in the first series of the game and would not return. 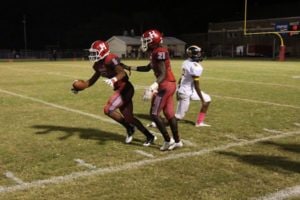 The defense stood tall in light of being placed in some tough situations due to the turnovers committed by the offense. They faced a pretty large offensive line and some shifty, speedy backs from the Yellow Jacket offense. Negating one of the threats from a turnover deep in their own territory was Marterrence “AJ” Holloway who picked off a would be touchdown pass in the back of the end zone for his 5th Interception of the season. Senior DB, Leon Gatlin also had an Interception in the 4th quarter to help out his offensive counterparts and seal the victory for the Terriers.

Your Hillsborough Terriers have two regular season games remaining and can clinch a playoff berth with a win this Friday. Please join us as we go on the road to take on district foe, Brandon High School. It’s been great seeing the stands full recently and hope that streak continues while on the road as we look to go 8-0 for only the 5th time in the last 39 years of Terrier football. Make plans now to attend. We look forward to seeing you in the stands and hearing you cheer for the Terriers!