You are here: Home - Blog - News - The Kelly Report – Bouncing Back

The Kelly Report – Bouncing Back 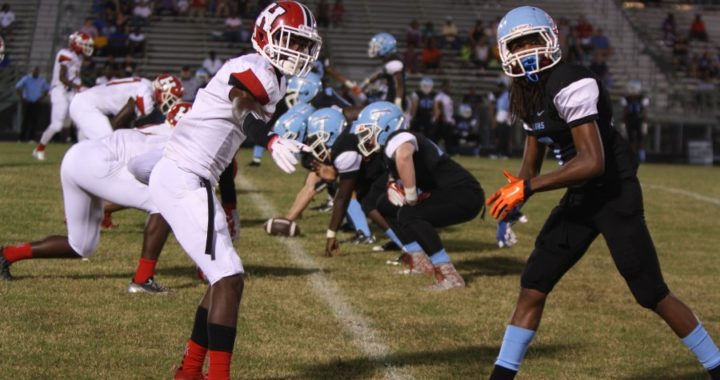 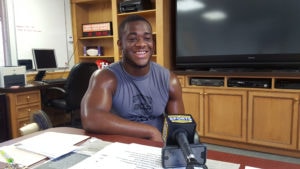 With a promising 2016 season ahead of us, Coach Garcia pointed out that our team has the “most talented group of skill players” and 4-year letterman LB Armand Chalk noted that we “aren’t set up for failure”. It’s important that we also take a look back at the 2015 season as we prepare to dominate and restore the Hillsborough tradition of winning in 2016.

In this week’s Kelly Report, I outline some of our notable opponents from 2015 and our goals for the new season.

Most Notable Opponents from prior season:
• Plant and Armwood are the biggest two. We had chances to win both games but couldn’t close out down the stretch. Obviously for Hillsborough football to return to the prominence it once enjoyed these are the two teams we must beat!
• Brandon is going to be another big game, because the way the conference is aligned it should come down to HHS, Armwood, and Brandon fighting for the two playoff spots, we hope at least.
• The last two are King and Blake. HHS has traditionally been very dominant against these programs but suffered very tough losses on the road to both of these teams last year. It was the first time in school history that HHS has lost to Blake.
• There will be plenty of reason for our kids to be hungry this year to redeem what was an uncharacteristically bad year for HHS.

What areas of the game did the team play well?:
• Defense carried our team through most of the season and had several DOMINANT performances throughout the year. Coming off a season in which they averaged giving up less than 10 points per game, they are looking even stronger this year. Special teams also played very well at some pretty critical points in the season. Having lost both our place kicker and punter there are some holes to fill, but we think we have two guys that can step right in and carry the torch without any drop off.

Key plays:
• One key play that really sticks out to me is in the 3rd quarter of the Plant game last year. Down 21-14 QB Lawrence Dawsey (now a DB for FSU) hit WR Mike Hampton (now a DB for USF) in stride down the visitor side line for what almost surely would have been a game tying TD. Hampton dropped the pass and the next series we threw a pick-six and never recovered from there. I think that was a critical point for our football team last year.

What areas of the game did the team not play well or areas of improvement:
• Offense, in particular the offensive line. We had several injuries very early in the year and had to shuffle a bunch of kids into different positions. While the offense never clicked with any consistency the offensive line struggled throughout the season. We also got inconsistent play from the QB/WR/RB positions as well. While we showed glimmers of talent throughout the season we were never able to get any consistency going among any of the offensive positions.

Area of focus during the first game of the season versus East Bay:
• Our biggest area of focus going into the East Bay game is execution. We believe we have a very sound system in all 3 aspects of the game. We believe that our defense is good enough to give us a chance in any game we play, and that our special teams is talented enough to win the Special Teams battle. If we can get some consistency in execution out of our offense and control the ball and play the field position game, we think we have a chance against anybody on our schedule.