The Kelly Report: HHS vs Spoto 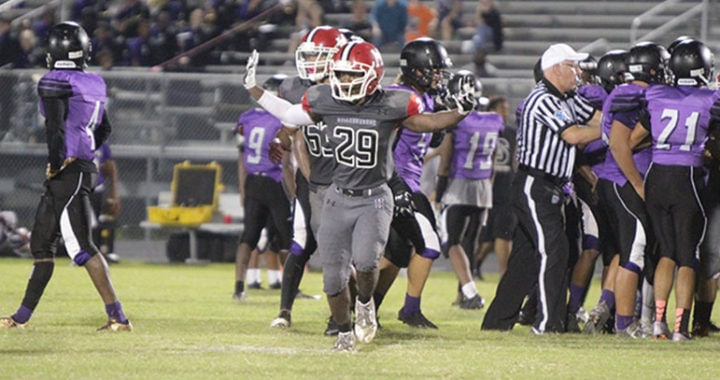 If you didn’t make the drive down to Riverview to see the team this past Friday night, you missed a fabulous performance and some very exciting/explosive plays by a multitude of Terriers. Now, it wasn’t perfect, as coaches will always look at areas in which we can find room for improvement. However, that doesn’t mean there wasn’t some spectacular moments seen in all three phases from our football team.

Special teams proved to be just that, special, on Friday night and solidified the point that the coaches have been trying to make the past few weeks. When was the last time you watched a football game and saw a team that had either a kick return or a punt return for a touchdown and went on to lose that game? Well, the Terriers had not done either this season prior to this game, but both of those feats would be accomplished on this night. Duran Bell completed the first of those on the opening kickoff and returned the ball 97 yards for a touchdown. The latter was finalized by CJ Williams as he fielded a punt near midfield and promptly avoided about 5 would be tacklers on his way to the end zone to cap off a very impressive performance by the Terrier special team units.

Capitalizing on some great field position from their defense and special team counterparts, the offense reached the end zone 5 times this game, 4 by rushing and 1 via the pass. This season the Terriers have shown that they can utilize whichever mode to move the ball they find most advantageous each week. This week, the ground game took over. Once again, Duran Bell and Drequan McCullough found the end zone as they had in previous games, but a newcomer had his first stroll into the end zone as well when Senior RB/DL, Russell Booth, entered the game in a short yardage/goal line situation and pounded the ball in for the first offensive points of the night to make the score 14-0. Although the pass attempts were limited by design, senior WR, CJ Williams, took advantage of one of those by scoring a 3rd quarter touchdown on a 30 yard pass from senior QB, Caleb Youngblood, who started this game in place of Sophomore QB, Tyler Thomas. It’s exciting to see this unit come together and begin to match the intensity level that the defense has shown consistently this season. 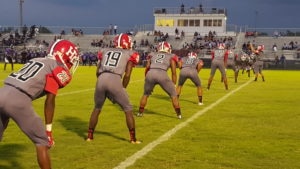 The defense had another stellar performance and once again posted a shutout of the opposing offense that they faced. (2 points given up was a Safety charged to the offense) Relentless is a good word to describe what we’ve seen thus far from the Terrier defense. These dogs just keep coming after people and don’t stop. They once again forced turnovers and consistently set up the offense with phenomenal field position. A player that you may not have heard much about yet but will be soon, Junior LB, Quinlan Gatlin, stepped in for injured starter/captain/senior, Armand Chalk, and had a fantastic game. Quinlan read the QB perfectly in the 3rd quarter and while dropping into coverage, undercut a receiver and jumped up to snag another interception for the Terrier defense. Yes, that is 8 INT’s on the year in 4 games for this unit, you read that correctly.

One word, “Homecoming,” if that doesn’t spur you to come on out to Chelo Huerta stadium and get to the Dog Pound early for a great seat, I’m not sure what will. Your team is undefeated and will be facing another historic rival in Chamberlain this coming Friday night. It’s also a “Blackout” game, so put on as much black Terrier gear as you’ve got and we’ll see you in the stands for this year’s homecoming game. Thank you for supporting us!