The Kelly Report: HHS vs. Brandon 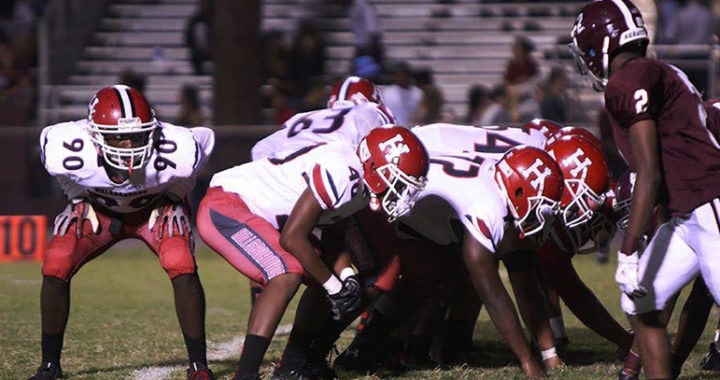 Players and coaches will look to and utilize any source to use as motivation when preparing for a football game. Well, the Terriers didn’t have to look very hard this past week when Brandon selected the Terriers as their 2016 Homecoming game. Hillsborough didn’t take long to show the Eagles that they probably should have chosen another team as their opponent if they were hoping to start the celebratory weekend off with a victory on the football field.

The Special Team units made a huge impact in this game and an impact that was seen immediately. Hopefully, the fans were in their seats for the opening kickoff because, if not, they may have wondered why the scoreboard already showed 7 points for their Terriers when they arrived. Nate Dantley forced a fumble on the return which Delshon Bowman scooped and scored from 25 yards away for his 1st TD of the season. From that point on, the Big Red never looked back. Hillsborough also got another special teams touchdown on a punt return by Senior, C.J. Williams.

On Offense, it was about as efficient of a night as it possibly could have been. The Terriers scored 3 offensive touchdowns and all 3 of them were accomplished in the first half by RB Duran Bell Jr. The Eagles simply had no answer for his speed and elusiveness. Due to the running clock rule for when the lead exceeds 35 points, the offense did not run many plays in the 2nd half. In fact, they only ran 34 plays the entire game. (A typical game without a running clock averages around 65-70 offensive snaps) 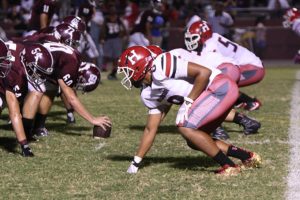 Defensively, the Terriers set the tone of the game early as well. Marterrence A.J. Holloway intercepted a pass (his 6th INT of the season) on the first series of the game to set up the offense with good field position. That would prove to not be the last interceptions of the night as both LB Javontae Bass and DB  had INT’s which they were both able to return for touchdowns. If you haven’t been keeping count, that is 14 INT’s on the season for the Terrier defense. Incredible!

Wow! Talk about a game of epic proportions with huge significance. That is what your Terriers are looking at in this upcoming week’s opponent. We need you to come out in full force and travel with us over to Seffner to take on the Armwood Hawks. Both teams are undefeated in class 6A district 7. Both teams have solidified their playoff berths but the district championship is riding on this game and with it the location of the first round playoff game on November 11th. We will be having a “Whiteout” game this week. So, wear all of the white Hillsborough gear that you have and we look forward to seeing you in the stands and hearing your cheers for your undefeated Terriers! 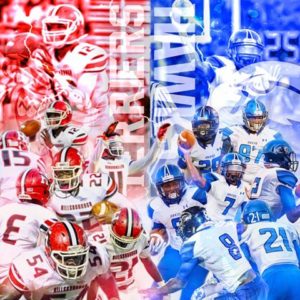