The Kelly Report: HHS vs. Chamberlain 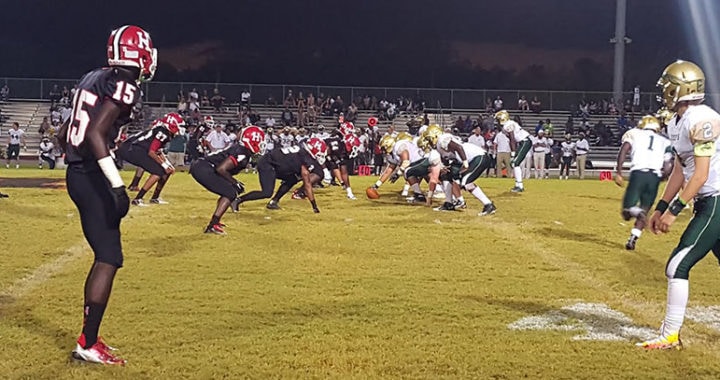 When your school has been playing football since the year 1907, the Homecoming game is a big deal. The wind nor the rain could dampen the spirits of the Terrier faithful on this night. The fans had the opportunity to witness the pageantry and festivities during halftime and another fantastic performance by the team throughout the game. Once again there were some amazing plays seen in all three areas of play (Offense, Defense, Special Teams) and spectacular effort given by our boys.

We must start with the defense. They have been the catalyst for what has propelled this team all year to our current 5-0 undefeated record, and they did not disappoint again on this night. Facing a Chamberlain squad that had a pretty sizable offensive line and some shifty running backs, they thoroughly dominated and once again posted another goose egg on the scoreboard. A key play came on a reverse by Chamberlain where they seemed to have the advantage and a touchdown looked certain when out of nowhere, and closing quickly, came Junior LB, Robert Sherman III, to snuff out the possible scoring opportunity. The unit may be disappointed as they did not manage to force a turnover as they had in the previous 4 games, but they will take solace in the fact they have only given up 14 points in 26 quarters of play going all the way back to the spring jamboree in May. A phenomenal feat!

Special teams did their part as well to help preserve the shutout and keep the big 0 on the scoreboard. On what may have been the play of the game, with Chamberlain lined up in field goal formation, Senior LB Javontae Bass cut through the line and blocked the field goal deflecting the ball backwards. Senior DL, Zach Carter proceeded to scoop the ball up on the run with one hand and raced toward the end zone with 2 Chiefs draped over him. Despite this onslaught, Zach had the awareness to lateral the ball to teammate, Senior DB Ivan Amedes, who then sprinted the final leg of the journey to secure the touchdown and another 6 points for the Terriers. In his one and only punt attempt of the night, Senior P Brandon Rivera let loose a magnificent and booming 61-yard punt which pinned the Chiefs deep in their own territory at the 6-yard line. 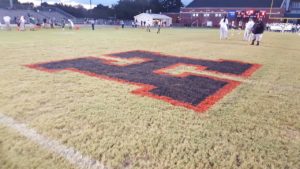 A word to describe the offense from Friday night may very well be…. Methodical. Although they had a few miscues due to some penalties, the offense was able to overcome those and move the ball against a young yet stout Chamberlain defense. The Terrier offense had 5 scoring drives (3 rushing TD’s, 1 TD reception, and 1 FG) which resulted in points on the scoreboard. Three of these were on drives of 10 plays or greater which helped maintain their time of possession and wore down the Chamberlain defense. Speedy USF commit, Senior RB Duran Bell Jr. once again dazzled the crowd with his quickness and field vision as he had over 150 yards rushing and over 200 yards of total offense. Sophomore QB, Tyler Thomas, found fellow QB/RB Caleb Youngblood on a nice pass where he threaded the ball between a few Chiefs for the lone passing touchdown of the night. If the offense can limit the penalties, they are showing that they can be very formidable as well.

The rivalry games did not stop with the Chiefs game last week. In fact, the Hillsborough-Jefferson rivalry goes back even further than that. Although it’s not a district game this week, it is an important game against a quality opponent and a chance for our team to test its metal. Once again, we desire your support and implore you to hit the road with us as we travel over to take on the Jefferson Dragons this coming Friday night.