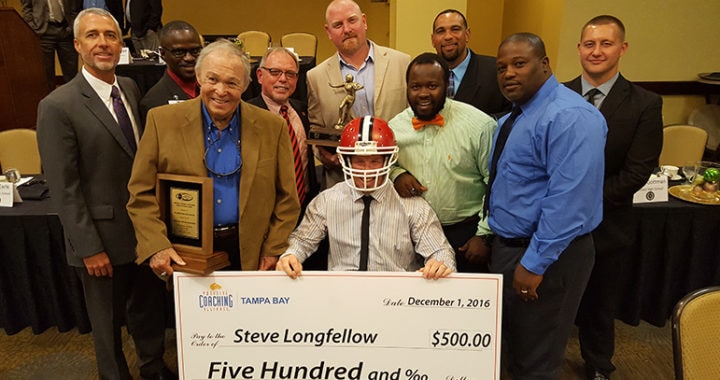 Each year the Tampa Bay Chapter of the National Football Foundation awards Bay Area Coaches for their work on and off the field. In 2016, not one..not two, but THREE of the five awards were presented to Hillsborough High School and its football coaches.

After a successful 8-2 season, the Hillsborough High School team was acknowledged by the W.C.O.A. for outstanding Sportsmanship on the gridiron.

Coach Steve Longfellow was honored for his lifetime of coaching at Plant City High School and Hillsborough High School.

Team Captains Armand Chalk and Zachary Carter presented the 2016 Assistant Coach of the Year award to Defensive Coordinator Earl Garcia, III stating “He coached us with passion. When it came to football he was strictly business…but he also made it fun.” 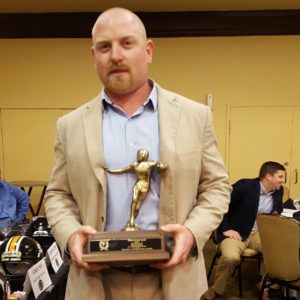 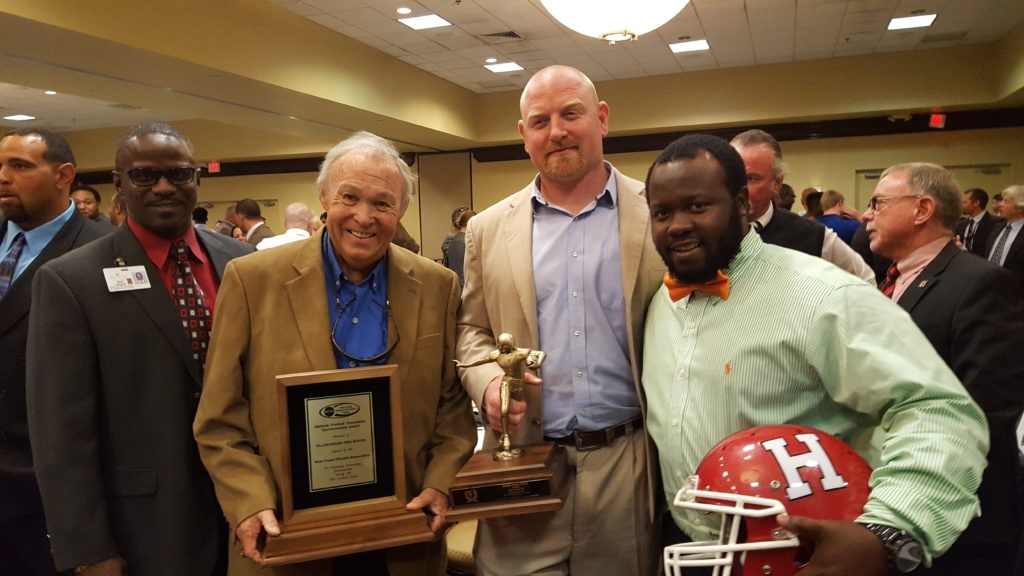