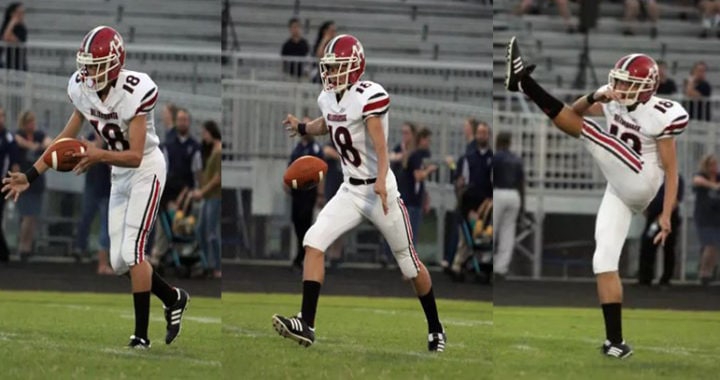 By: Will Turner for Big County Preps 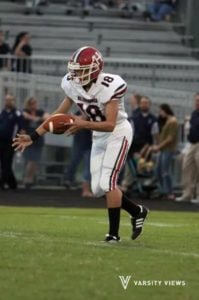 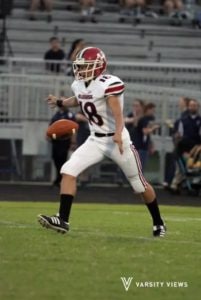 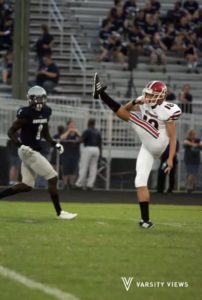 To top it all off, Rivera had one punt in the entire game because Hillsborough’s high-powered offense kept the ball in the end zone instead of Rivera on the field. His one kick on the night was a booming 61-yarder that was big for Hillsborough. That was it. No field goals, no points scored, just one, 61-yard punt. In his senior homecoming game.

“I was pretty ecstatic when I was told. I really didn’t think it was possible for a special teams player, especially a punter, could be recognized in that fashion. It gives me an excellent uplift on the rest of the season,” Rivera said. He’s only been on the field roughly 14 times on the year, and he’s quite alright with that.

“The best part of the season is to just watch my team score points and get wins. I’m only a small portion of the team. When we’re scoring points, and I’m off the field, I’m happy with that. The only two games I had a lot of work was against Gaither and Durant in the first two weeks. Aside from that, it’s been more watching than playing, which is fine,” Rivera said.

In a world where specialists don’t get recruited until the very end of the high school season, and where specialists pretty much have to pay a ton of money to get to camps and get noticed by anybody important, Rivera is keeping a steady head on his college hopes. He’s had a solid senior season, statistically speaking, averaging 35 yards a punt, and he’s downed four inside the 20. Is there more coming? Well, if the Terriers keep scoring points, he may not be needed.

Technique wise, he feels as cool as a cucumber back there every time he goes back, which has certainly helped him sky punts all season. “The biggest thing is just to really keep my eye on the ball and trust my offensive linemen. I haven’t been blocked so far this year, but I have felt some pressure. If I’m frantic, it throws everything else off for myself, and possibly for the rest of my team. I really have to remember what I can do, and execute,” Rivera said.

It’s not even exactly about the idea of keeping himself on the field, but it’s about doing his job when he’s called on to do it. Especially when the Terriers play Armwood in the final week of the season, it’s still a game of inches and a game of field possession, and Rivera will play an important role in trying to win Hillsborough’s first District Championship since 2012.