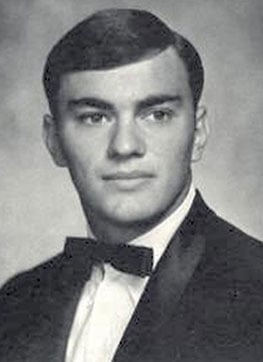 Danny Beltram was a was a Running Back and Cornerback for the Hillsborough High School Football Team where he won honors for Guy Toph Trophy, All City, All Conference. Student Body President, National Honors Society member. In weightlifting, he won the state’s High School Weightlifting contest and “The Outstanding Weight Lifter” award and set three state records. He also won the “Teenage Mr. Florida”, a body building contest. He graduated in 1972 from the USF, pre-med program.

Professional: Upon graduation, Dan began building a successful business empire, he created Beltram Foodservice Group, the 12th largest in the country. Dan is a Certified Food Service Professional (CFSP) and a member of the Board of Directors of EDI, one of the largest food service buying groups in the US. In 2004 he won Dealer of the Year award, the highest honor in the US Food Service Industry. In 1995, Dan began developing Riverstone Ranch Resort in Eureka, MT, which is a work in progress.

Dan married to Andrea with two children, D.Q. and Jacqueline. Dan holds a FAA Pilot License and like to fly his own plane often. He is an enthusiastic and competitive sportsman, who loves the outdoors and enjoys tennis, golf, and hunting.