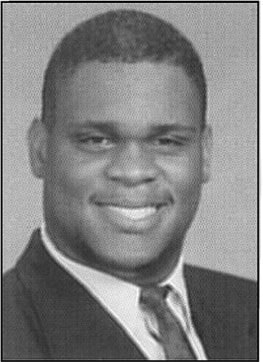 Shannon Snell was a 3 year starter and Left Guard for the Hillsborough High School Football Team where he won honors for 1st Team USA Today’s All-American Squad, Parade All-American selection and Prep Star’s All-American Dream Team. His other honors include being ranked among the nation's top five offensive lineman by National Bluechips, ranked among the nation's top five offensive linemen by Prep Football Report, ranked among the nation's top dozen offensive linemen by Rivals.com network and a selection to play in the Florida-Georgia All-Star Game despite the fact he declined all All-Star Game offers to play. He was ranked as one of the top offensive lineman and football players in the nation by National Bluechips, Prep Football Report and Rivals.com. Shannon was named a first-team All-State (6A) selection in both 1998 and 1999, was a three-year starter for the Terriers and allowed just one sack in four years. He was also an honor roll student who served as a peer mediator.

Shannon received scholarship offers to play football from nearly every college in the nation and chose to attend the University of Florida where he was a 3 year starter at left guard. Shannon started 36 times in 46 games while participating in 2699 plays…An All-American selection in 2003 and a two-time All Southeastern Conference choice, he did not allow a quarterback sack in his last fourteen games as the front wall’s most consistent performer.

His accomplishments as a University of Florida Gator are outlined below .
All-American and All-Southeastern Conference first-team selection by The Sporting News…One of only two Gators on the offensive line to start every game at the same position, lining up at left guard…Saw the most action on the offensive line with 904 plays, ranking fifth on the team in snaps played…Named Offensive Lineman of the Week three times (Tennessee, Louisiana State and South Carolina)…Also played on extra point and field goal teams…Helped the offense generate 5088 yards, an average of 391.4 yards per game. San Jose State…Graded 87% for blocking consistency and cleared a path used by tailback Ran Carthon for a third quarter 2-yard touchdown run as Florida totaled 512 yards. Miami…Followed with nine knockdowns, taking down linebacker D.J. Williams to spring Carthon for a 4-yard scoring run. Tennessee…Participated in all 71 offensive snaps, making a season-high ten knockdowns while grading a career-high 89%…Opened a huge hole used by tailback DeShawn Wynn for a 10-yard touchdown run in the fourth quarter. Kentucky…Added five knockdowns. Arkansas…Registered nine knockdowns, blocking safety Tony Bua to clear a rush lane used by tailback Ciatrick Fason for a 75-yard touchdown run as the Gators amassed 411 yards. South Carolina…Registered eight knockdowns, teaming with tackle Max Starks to lead the way on a 9-yard touchdown run by QB Chris Leak. Louisiana State…Had another eight knockdowns, shoving defensive tackle Chad Lavalias to the ground on a 22-yard scoring pass from Leak to Carthon as the team registered 310 yards.

All-Southeastern Conference second-team choice…Started twelve games at left guard and ranked third on the offensive line with 919 plays…Helped the offense average 406.9 yards per game. Ohio University…Named Offensive Lineman of the Game, making eight knockdowns while clearing a path for Earnest Graham’s 2-yard touchdown run. Tennessee…Registered eleven knockdowns, upending defensive tackle Rashad Moore on a 7yard scoring pass from QB Rex Grossman to Taylor Jacobs as the Gators piled up 418 yards. Kentucky…Followed with a career-high 13 knockdowns, including six in the second quarter, when he made touchdown-resulting blocks on runs of 19 & 6 yards by tailback Ran Carthon to help the team gain 509 yards. Georgia…Blocked defensive tackle Jonathan Sullivan on a game-winning 10-yard scoring pass from Grossman to Ben Troupe in a 20-13 decision, finishing the day with eight knockdowns.

Started every game at left offensive guard, participating in 715 plays, making 61 knockdowns as the Gators averaged 527.5 yards per game. Marshall…Opened the season in explosive fashion, posting nine knockdowns as he opened a rush lane used by tailback Earnest Graham for a 1-yard touchdown run and also sustained defensive end Ralph Street on a 28-yard scoring pass from QB Rex Grossman to Reche Caldwell as the offense totaled 541 yards. Mississippi State…Shoved defensive tackle Conner Stephens to the ground on a 14-yard touchdown pass from Grossman to Caldwell as the Gators piled up 640 yards. Tennessee…Leveled defensive tackle Albert Haynesworth to spring Grossman for a 1-yard touchdown run on a bootleg as Florida accounted for 407 yards.

Backup at offensive guard as a true freshman…Played in ten regular season games (all but Tennessee and Florida State) for 161 plays.