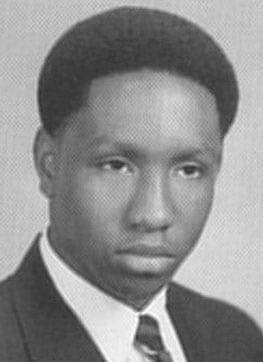 Preston Jackson was a three year letterman Football and Basketball for Hillsborough High School. On the football team he played Defensive Back, Receiver, Punt & Kick Off Returner. He was a Three year starter and the 1999 Team Captain of the football team that reached to regional finals of Class 5A state playoffs. Preston earned honors as a Two Time All-Conference, All-County, All-Suncoast, All-State selection. He was also selected for Florida North-South All-Star game, Hillsborough-Polk County All-Star game and Florida-California All-Star game. Preston was also a three year starter for the basketball team: 2 year team captain, 1 time 2nd team All-County Graduated with a 4.6 overall GPA.

His work on the gridiron and in the classroom earned him a scholarship offer from the University of Notre Dame where he was a 4 year letterman and 2 year starter for Irish, In his time at South Bend, Indiana, Preston played in 3 Bowl Games including 1 BCS game - The Fiesta Bowl. As a senior he recorded 41 tackles, 14 pass break ups and 1 interception. He earned Pre-season All-Independent Conference prior to senior season. He ending Irish career with 3 interceptions including game sealer against Pittsburg in 2002. Never missed a game in 4 seasons of play at corner and special teams.

Currently a teacher and Defensive Backs Coach at Hillsborough High School since 2005, President of Big County Preps and Works for Brighthouse Networks