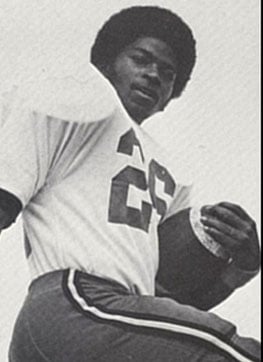 Isaiah “Ike” Williams was a Tailback for the Hillsborough High School Football Team where he won honors for the “JV Starter of Recognition” 1972, All-County, All-Western Conference, All-State and 1974 HHS Who’s Who for Football.

His work on the gridiron earned him a Scholarship to Florida A&Ml University (FAMU) where he was an All American Running back on the FAMU Football Team. In 1977 the team he lead had the nation’s only undefeated season (11-0) and winning the 1978 inaugural NCAA Division 1-AA National Title.

After his football career ended, Ike was inducted into the 1994 FAMU Sports Hall of Fame. He was also became a football Coach and faculty member at Hillsborough High School. Ike resides in Orlando with his wife. He has a daughter.