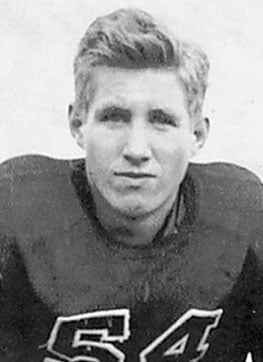 Harry Hobbs was a Three Year Letterman in Football and Basketball for Hillsborough High School. On the football team he played Center and Linebacker where he won honors for Center as the 1942 All-City Football Team. He was widely considered one of the finest Centers in the State and accepted a scholarship to play football at the University of Florida.

Hobbs played for University of Florida Gators for 2 years as a Center and Linebacker. He was on their Golden Era Team that lost 13 straight games. He transferred to the University of Tampa his junior year where he started for two (2) years as center and linebacker.

Professional: Harry graduated from UT in 1949 and went on to University of Florida Law School. He graduated in 1951 and joined the State Attorney’s office in Tampa and was Chief Assistant to Paul Johnson for 7 years. He ran for Congress and lost to Sam Gibbons. In the spring of 2001, the Hillsborough County Bar Association honored Harry for 50 years of service.

Personal: Harry would reunion with the Golden Era Group at UF and the Rat Hole Gang at UT for the rest of his life. His life: He was a tall skinny kid who got to play because of his desire, determination, and love for the game of football. Harry passed away in 2001.